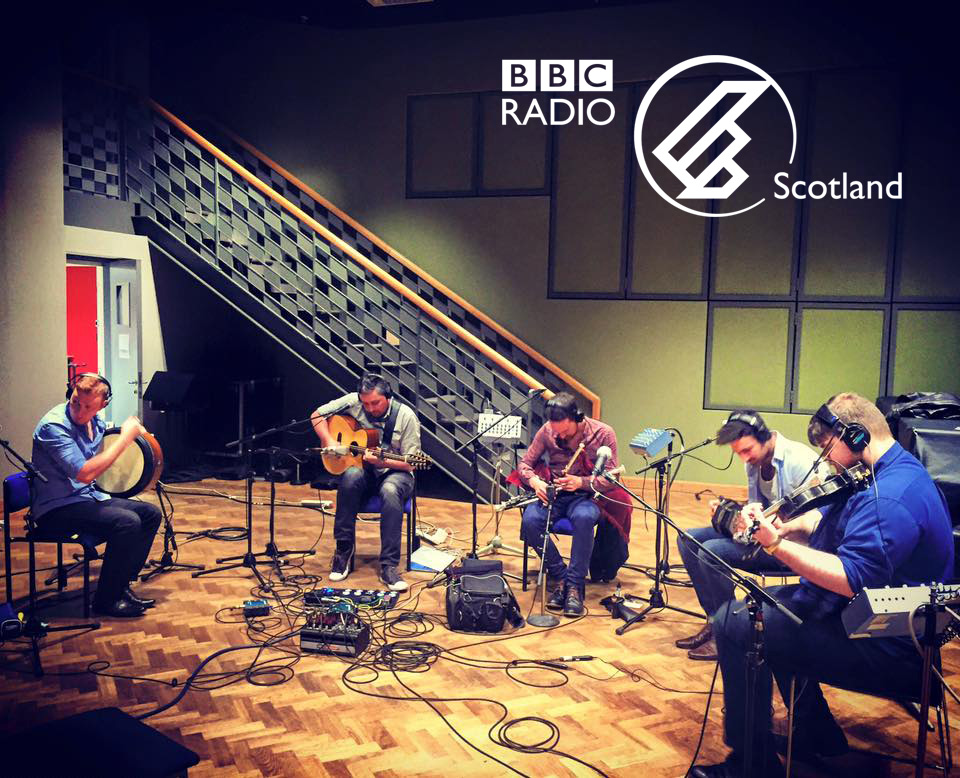 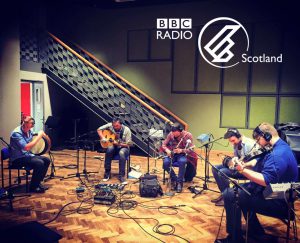 Last night we played a live session for Bruce MacGregor on BBC Radio Scotland’s Travelling Folk. We had a chat with Bruce about the band, what we’re up to this year, and played three sets live on air, including two which were previously unheard… a nice exclusive there for Radio Scotland!

If you missed the show, you can listen again on the BBC website here:
http://www.bbc.co.uk/programmes/b075nzbv

We also filmed one of the new tracks, which you can watch here!